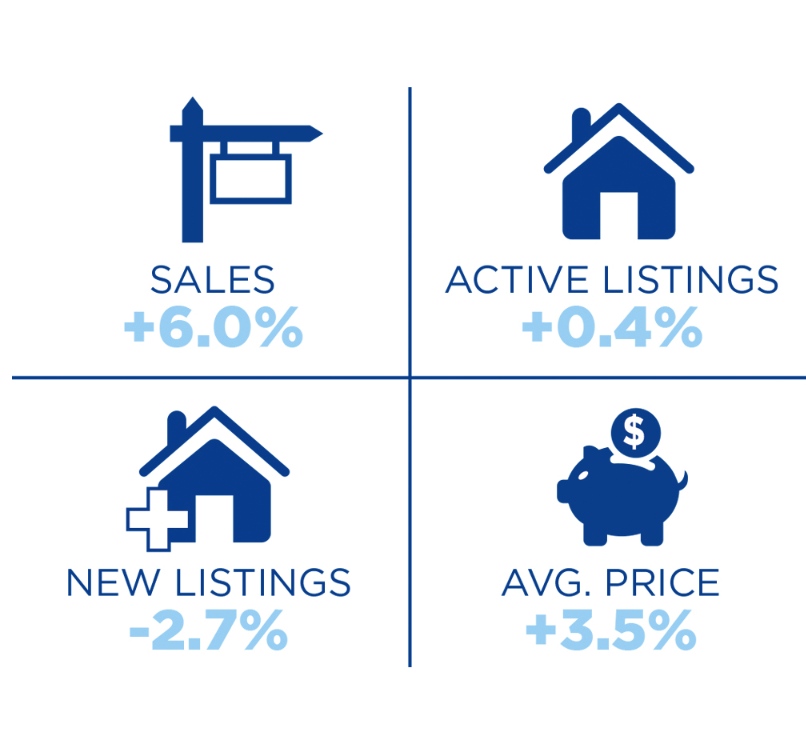 Sales on the Toronto Real Estate board for October were better than expected. At 7500 units, it was 6% higher than October of last year, and 16 % higher than September. While October is usually the busiest month of the fall market, we recorded 9700 sales in October of 2016. It will be interesting to see if we will hit 7500 sales in November and 80,000 sales for the year. That number will be the lowest annual sales number since 2008! We would describe the market as ‘treading water’.

On the positive side, listings have also been unchanged from October of last year – both ‘new’ listings for the month and ‘active’ listings in total. The result is that prices continue to creep higher. When you consider that construction costs are also rising, there is little to suggest that there will be any drop in prices. Buyers are now in a predicament. Interest rates and prices (both at modest rates) will continue to edge higher. Sitting on the sidelines is not a good strategy.

In the condo market, sales for October were 5% higher than for October of 2016. Most of the increase came from the 905 area. For downtown condos, sales were actually 4.5% lower than October of 2017. In Humber Bay Shores, condo sales were the same as for October of last year. Rising mortgage rates have impacted first time buyers more than any other segment, and their preferred preference is to live downtown. A partial offset is that more tech jobs are moving downtown and some of these millennials will be buyers. Millennials don’t want to drive or commute to work. Most new renters downtown are in the $100,000 per year income tax bracket! They much prefer to buy, but the Bank of Canada thinks they know best and that renting rather than buying is preferable? Old white men only remember the days when mortgage rates at 10% meant you just paid interest over the first five years. With rates at 3%, over half the mortgage payment goes to principal repayment – a big difference that seems lost on the Bank! 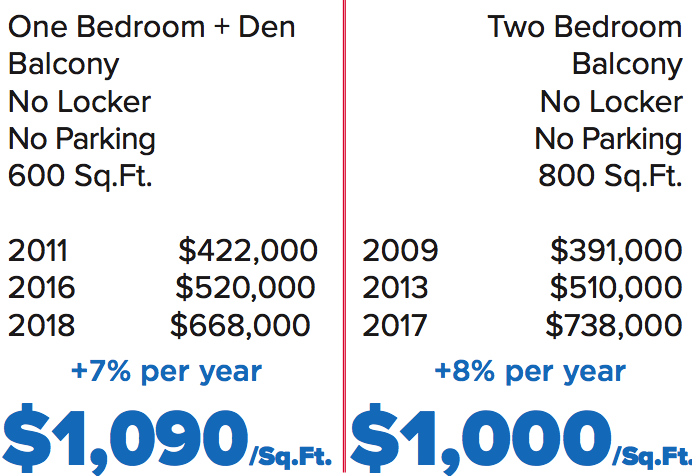 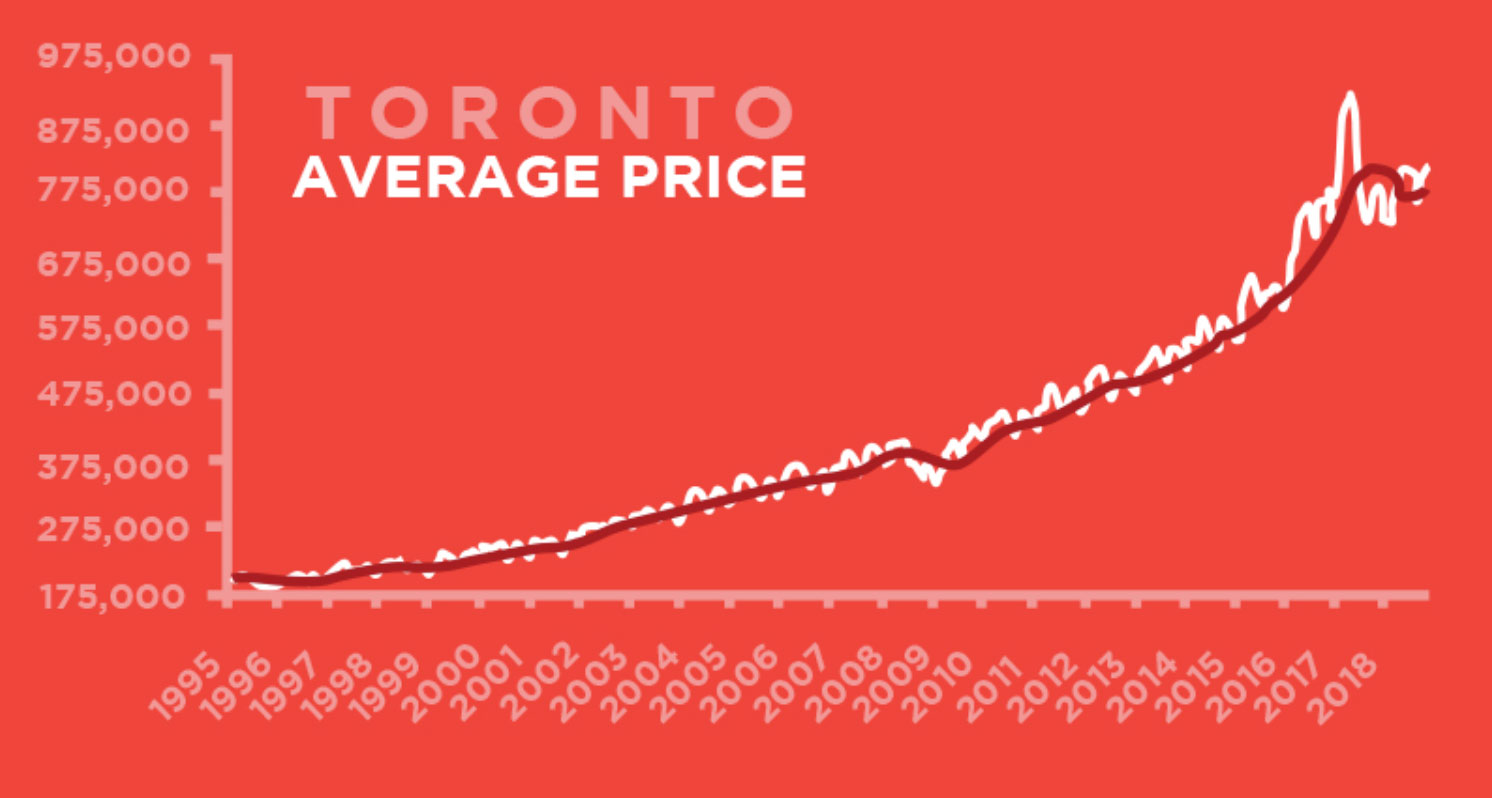 This chart plots monthly MLS® average price since January 1995. The white line shows the actual average price. The red line is the trend computed using a 12-month moving average, which exhibits no seasonal variations or other irregular fluctuations. A substantial change in actual average price must occur to change the direction of the trend. Source: The Toronto Real Estate Board