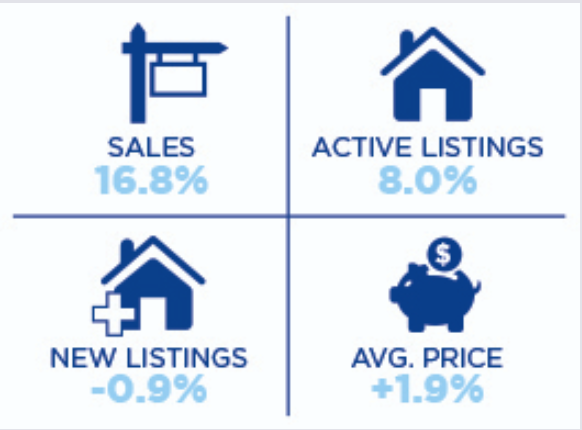 The head line from TREB’s Report was over 9,000 sales in April – up 17% over April of last year. This was the biggest sales month since May of 2017. In our previous Report, we stated that this market needed a sales month of this size to begin to approach ‘normal’ territory. Historically May or June is the biggest sales month of the year, and so we need to wait to see if the trend continues. New listings were also up in April by 8% over last year – an indication of both increasing sales and prices for May.

But the GTA market is made up of many sub markets – each with a different sale and price pattern. Our focus in this Report is mainly on condos. Condo sales were 7% higher in April from a year ago. Most of this sales increase was in 905 – 17% versus only 2% in 416. On a year-to-date basis, condo sales were 3% lower than in 2018. All of the decrease was in the 416 area. If you recall, the strongest market segment last year was 416 condos. But in terms of price increases, year over year, 416 condos recorded the second highest gains of all GTA markets (including detached houses) at 7%. Only condos in Peel, at 10% were greater.

Looking at the downtown condo market, sales in April were 7% lower than for the same month last year. On the other hand, sales in Humber Bay Shores were 8% higher. Condo prices in Humber Bay are generally lower than downtown for comparable units, which is consistent with a migration of buyers to comparatively cheaper priced units. But with this market, the key metric is still ‘new listings’. Downtown, they were 1% lower than last year and for Humber Bay it was 5% higher. The sale-to-list ratio is still at 60% – a sellers’ market in both areas. 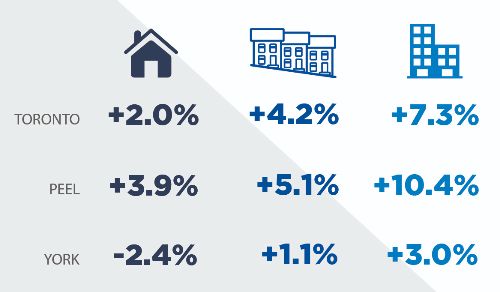 This data is taken from the MLS Home Price Index. MLS-Home Price Index by Sub Markets uses sales data with adjustments to reflect a basket of common property features (Similar to CPI).

BREAKDOWN OF CONDO SALES BY PRICE