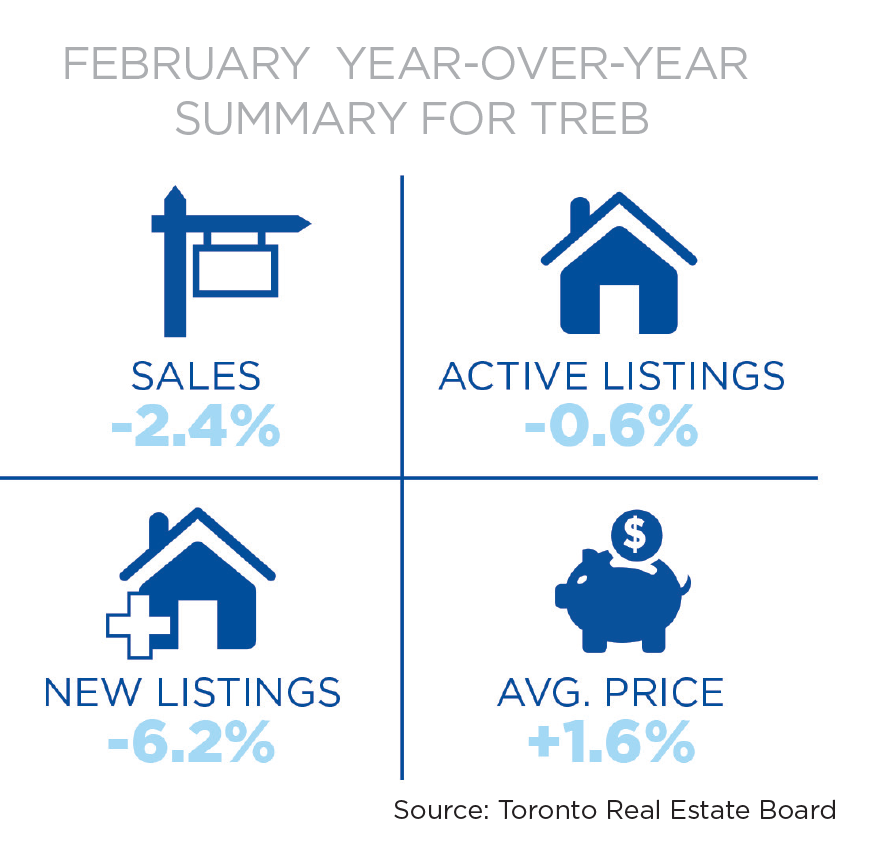 February sales as reported by The Toronto Real Estate Board were disappointing. At just over 5,000 units, that was 2.4% lower than February of last year. The uptick from January was 26%, versus a monthly increase of 29% from 2018 which was supposed to be the bottom of the market. Granted bad weather had an impact but this was not the start that most people were expecting.

Lower sales for most markets usually mean that prices will decline as well. But, that is not necessarily true for real estate. Owners have two choices when the market slows: reduce price or take the property off the market. They only choose the first option when they are forced to sell. Currently, mortgages in arrears in Ontario lent by the 9 banks are at a record low. The second area to look at is the buildup of listings, if sales are soft. For February, ‘new’ listings for the month were 6.2% lower than for February of last year and ‘active’ listings at the end of the month were .6% lower than at the same time last year.

Sales in the overall condo apartment market were down by 5.7% in February versus February of last year. The Downtown
and Humber Bay markets are underperforming the overall condo market. Sales are down 9% over February of last year. At the same time ‘new’ listings are up 2% and ‘active’ listings are 9% higher. The explanation is twofold. First, this market outperformed the overall market in the first six months of last year and prices increased by over 10%.
Secondly, the entry point in the 416 is now $500,000 which discourages many buyers and most condos are priced much higher than that. Still any condo priced under $600,000 will attract multiple offers. We have prepared a graph of condo
sales by price range for February of 2019 versus 2018. While total condo sales are down, all of the decrease is in condos sold under $500,000. 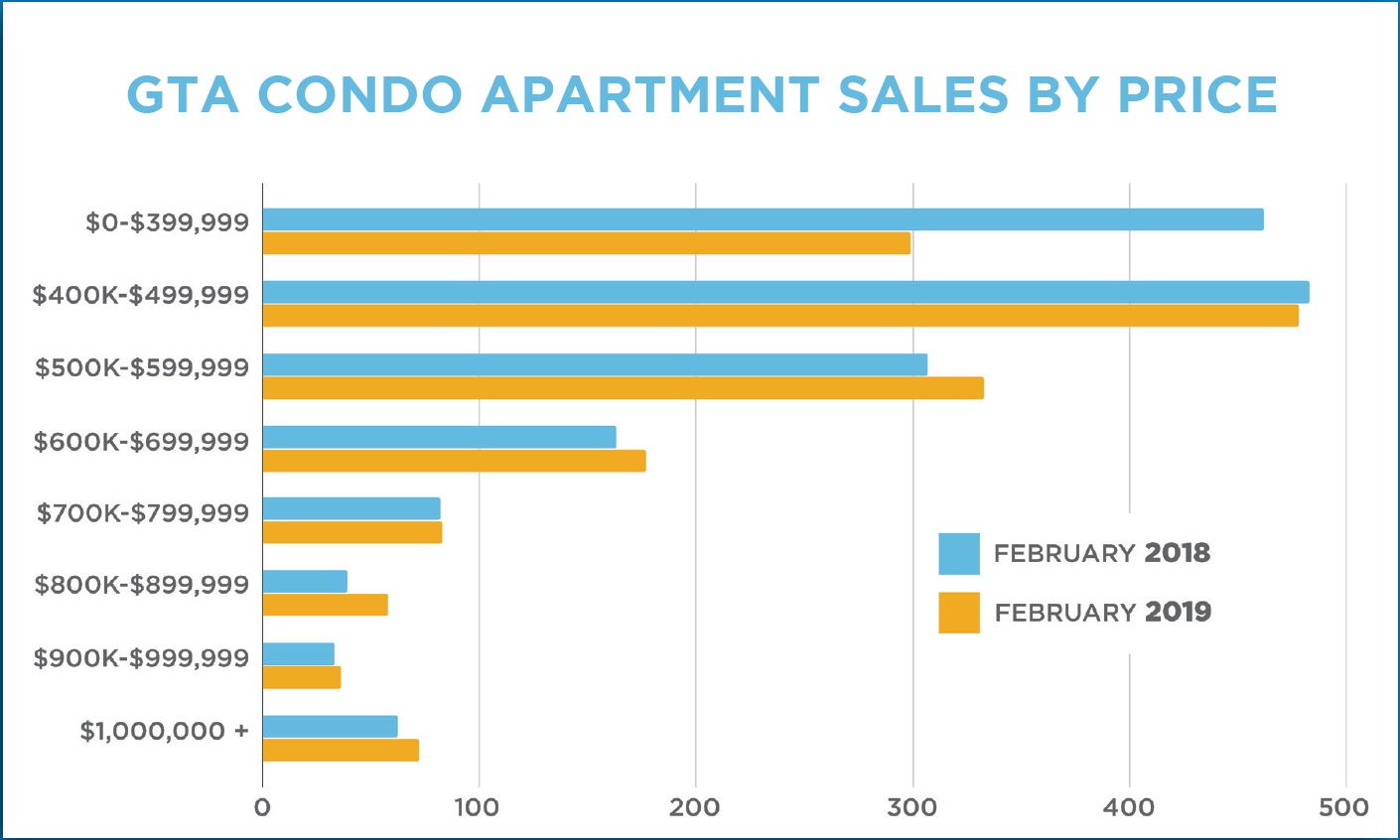 This graph plots condo sales numbers by price range for February of 2019 versus 2018. While total condo sales are down, all of the decrease is in condos sold under $500,000. 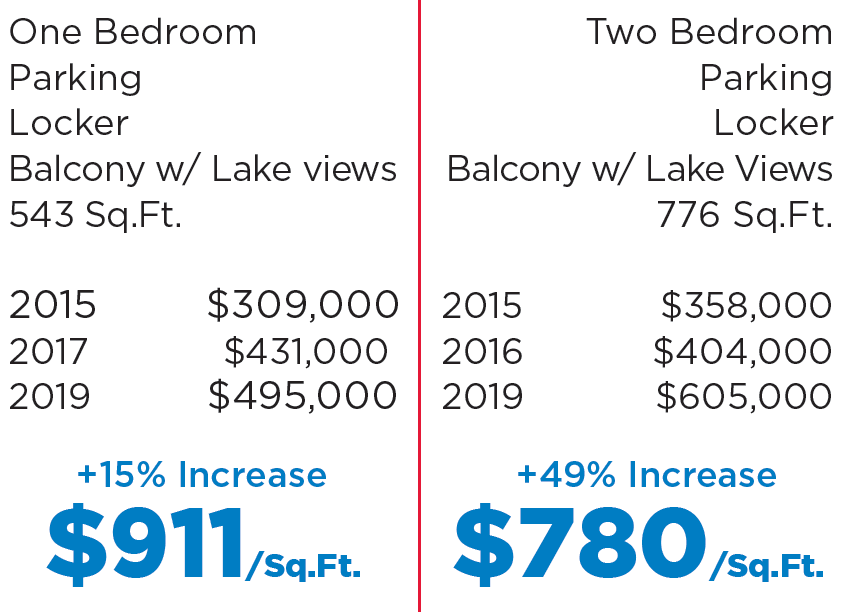 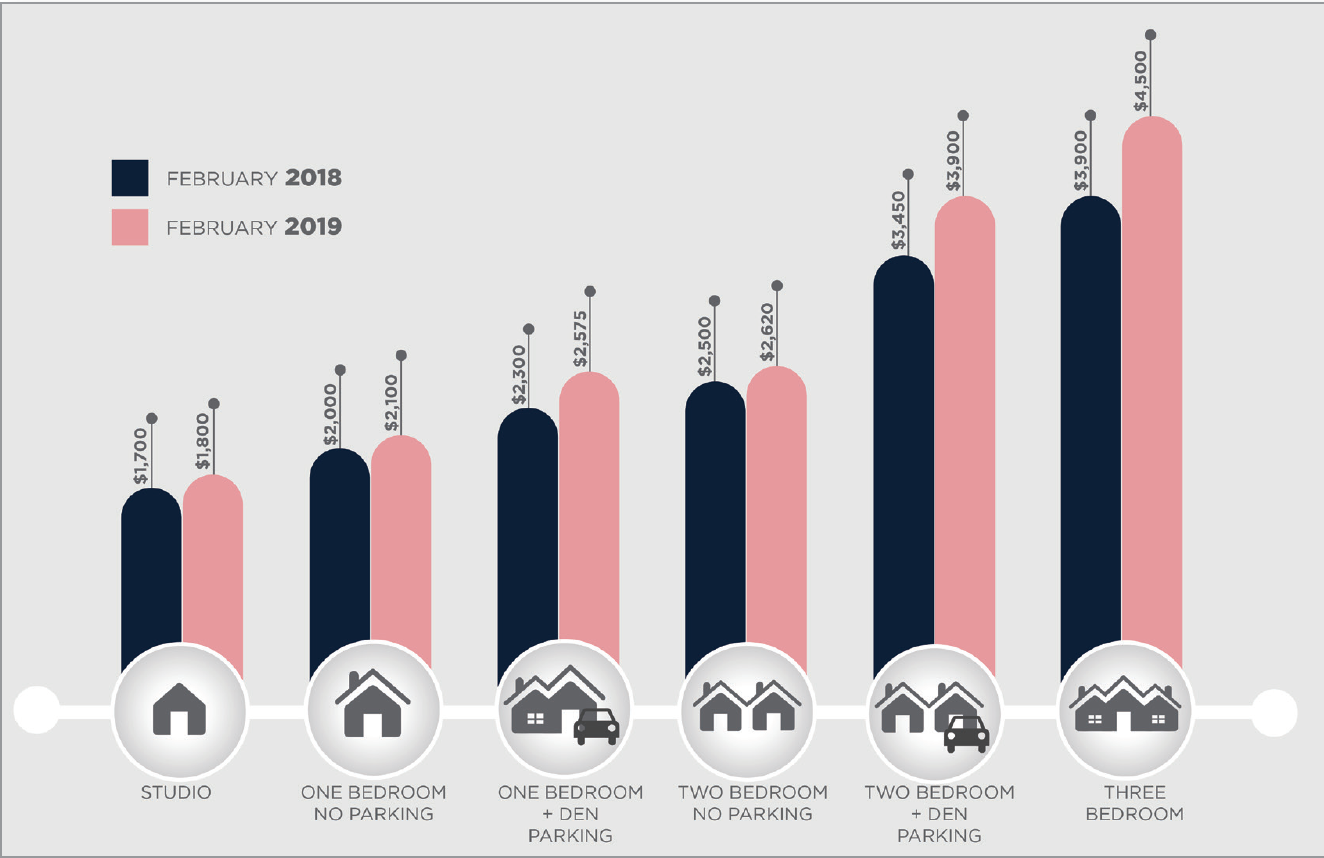 This graph compares the rental prices of downtown condos from February of this year to February 2018.