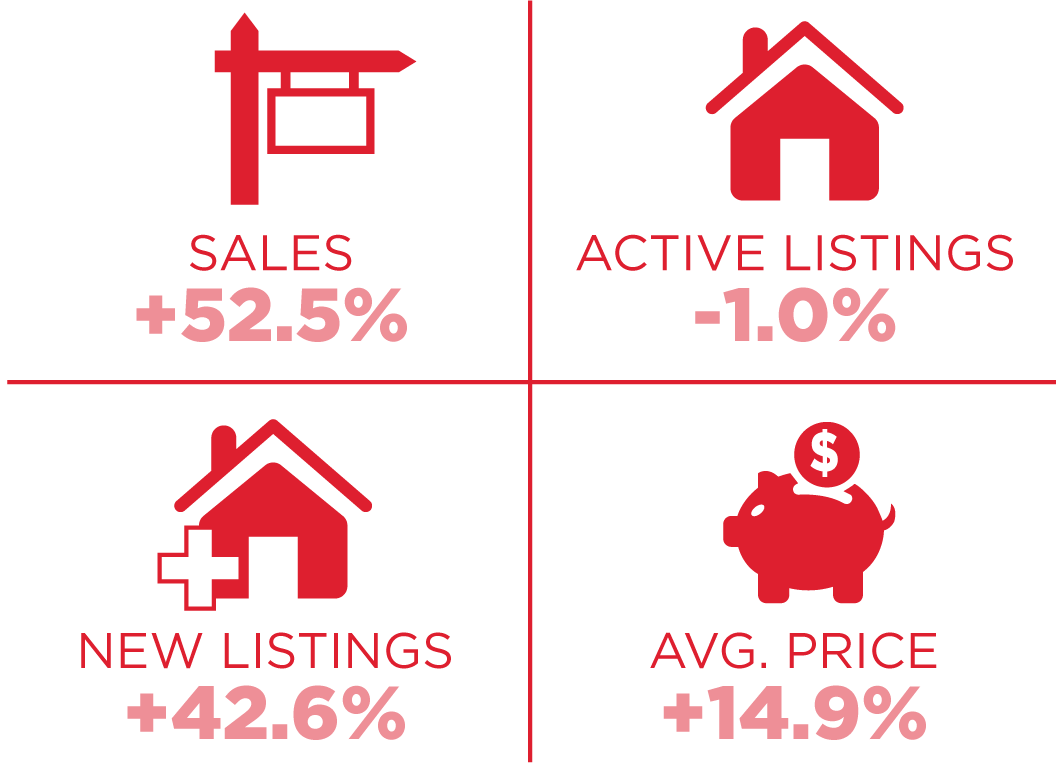 Record home sales continued in February with sales 52% higher than in 2020. The 10,970 sales are equal to the peak of a normal spring market. February also recorded 15,137 ‘new’ listings, but by month-end there were only 8,727 ‘active’ listings – under a one-month supply.

The condo market also joined the party. Condo sales this February were 64% higher than a year ago. The hardest hit market was downtown condos and there we saw a 100% increase in sales in February over last year. The sale-to-new-listing ratio reached 90% and ‘active’ listings are also less than a month. The Humber Bay market, which did not come under the same exodus as downtown condos, saw a sales increase of 43% year over year for February. Again, there is less than one-month supply of ‘active’ listings.

So why are we seeing so little listing inventory? People don’t want to move. Is it because of COVID-19? Is it too expensive to move and is it better to renovate? While the bulk of people who wanted to move out of Toronto have already departed, what happens when we have a vaccine? The migration mill will start again, and International students (100,000 per year) will returnto post secondary schools. The only thing slowingYEAR-OVER-YEARSUMMARYSALES COMMENTARYthis return is the failure of Governments at all levels to roll out the vaccine in sufficient quantities in 2021. So maybe the real ‘bull’ market will be 2022? Current price increases are unsustainable, but will it end?

The answer is probably no. Just look at average prices over the past 25 years! 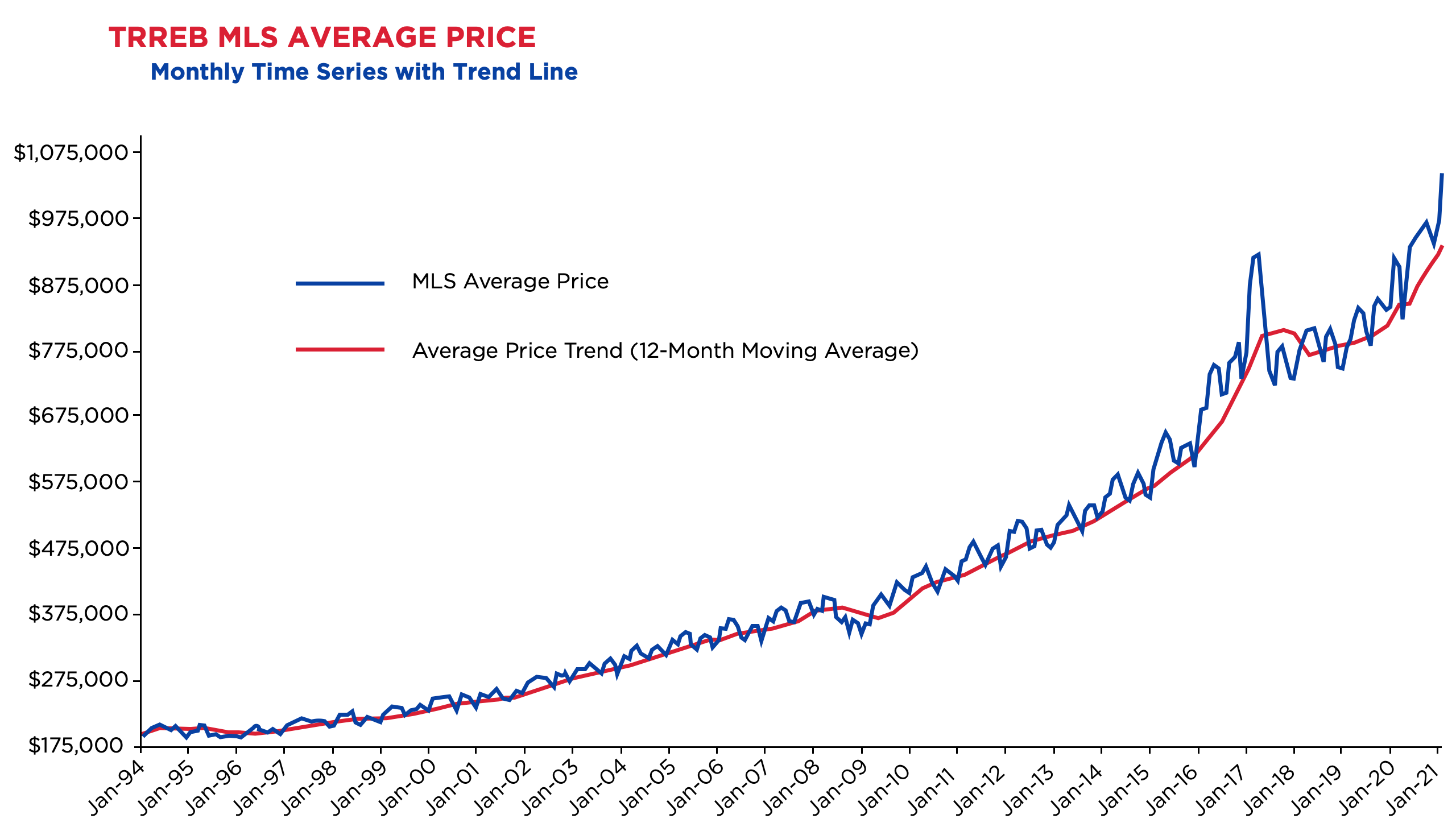 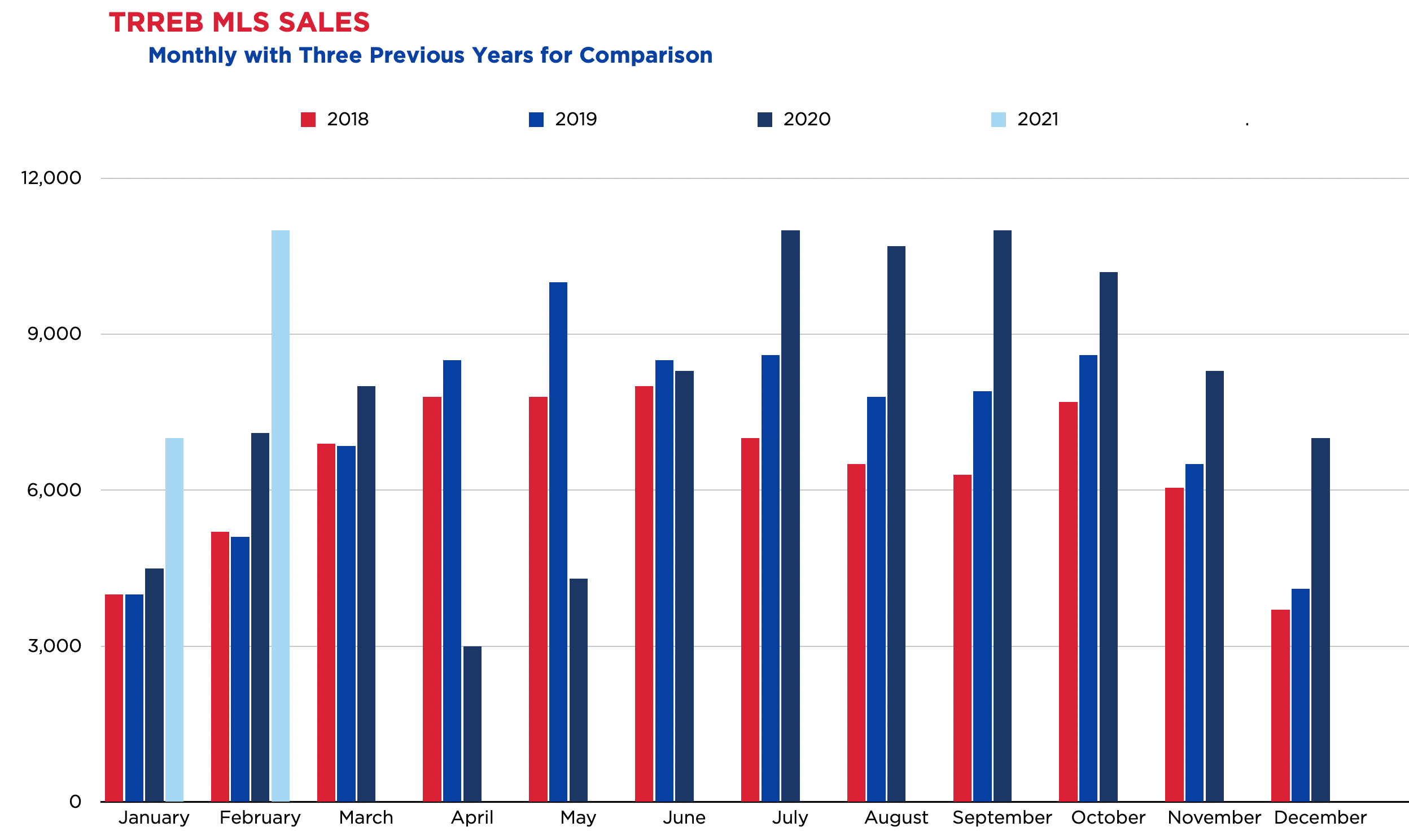 One of the older condo buildings in Toronto (built in the eighties), is 23 stories and has 336 units. These units have 8 ft. ceilings and no balco-nies. These are not features that appeal to young buyers. What it does have is a superb location near universities and hospitals and sits just south of Yor-kville. Are there any deals to be found in older condo buildings?We looked at four one-bedroom units that sold in January, February and the first week of March in 2021. They ranged in size from 550 -700 sf. Sale prices ranged from $900 -$1,000 psf. The interesting point is that the cheapest price was in January and the most expensive was in March. Over 10 weeks, prices in this building have risen by about 10% on a psf basis. There currently is nothing for sale.

Between the Humber Bay and Downtown condo markets, almost 2,200 units were leased out in February. The interesting fact was that 49% of the units were two bedrooms. Obviously, tenants are trying to rent bigger units with the fact that rents are $500+ lower than this time last year.Last February the rental market was almost three times the size of the sales market by number of units. This February, the ratio has dropped to two times the size which suggests that some but not all investors are selling negative cash flow condos.At the end of February, there were 4,700 ‘active’ units for lease. This represents 2.1 months of inventory, almost unchanged from January and significantly lower than last year at this time.As we said last month, rents are starting to stabilize. Studios are renting at $1,400 per month and one-bedroom units are at $1,750 per month on average. Two-bedroom units are renting at $2,500 and three-bedroom units are higher at $3,200 on average.