July sales on the Toronto Real Estate Board produced mixed signals. Sales at 6900+ units are 18% higher than July of last year. However, this is 13% lower than from June (not unexpected) but the normal average for July is 9,000 units. So, what do we make of this? Sales have stabilized and will slowly move higher over the Fall period. But, they are still not at levels that are consistent with the size of our market. At the street level, people would still prefer to buy than to rent but they can’t get the financing.

Most naysayers of our market still believe that prices will drop significantly. But, when you look at listing inventory, and particularly good properties, there is still a shortage. For example: ‘active’ condo listings downtown decreased by 15% compared to July of 2017. Yes, higher priced properties take longer to sell and are often overpriced. Properties under a million are attracting multiple offers.

At the start of the year, condos were the hot market segment and prices moved higher by over 15% while low rise properties remained flat in price. The gap between the two narrowed, which saw some buyers shift back to the low-rise market in Toronto (the 416). While overall condo sales in July were 9% higher than for July of last year, most of the increase was in 905. In fact, condo sales in the downtown market were only equal to sales last July which was surprising. That does not mean that people do not want to live downtown, in fact, there were 3.5 times as many leases as sales in July! As we have stated before, the ‘first time’ buyer is missing from our market and it can all be traced back to the difficulty in qualifying for a mortgage. My guess is that banks will soon work together to reduce their ‘posted’ mortgage rates (no one borrows at these rates anyway) which will then make it easier for buyers to qualify! 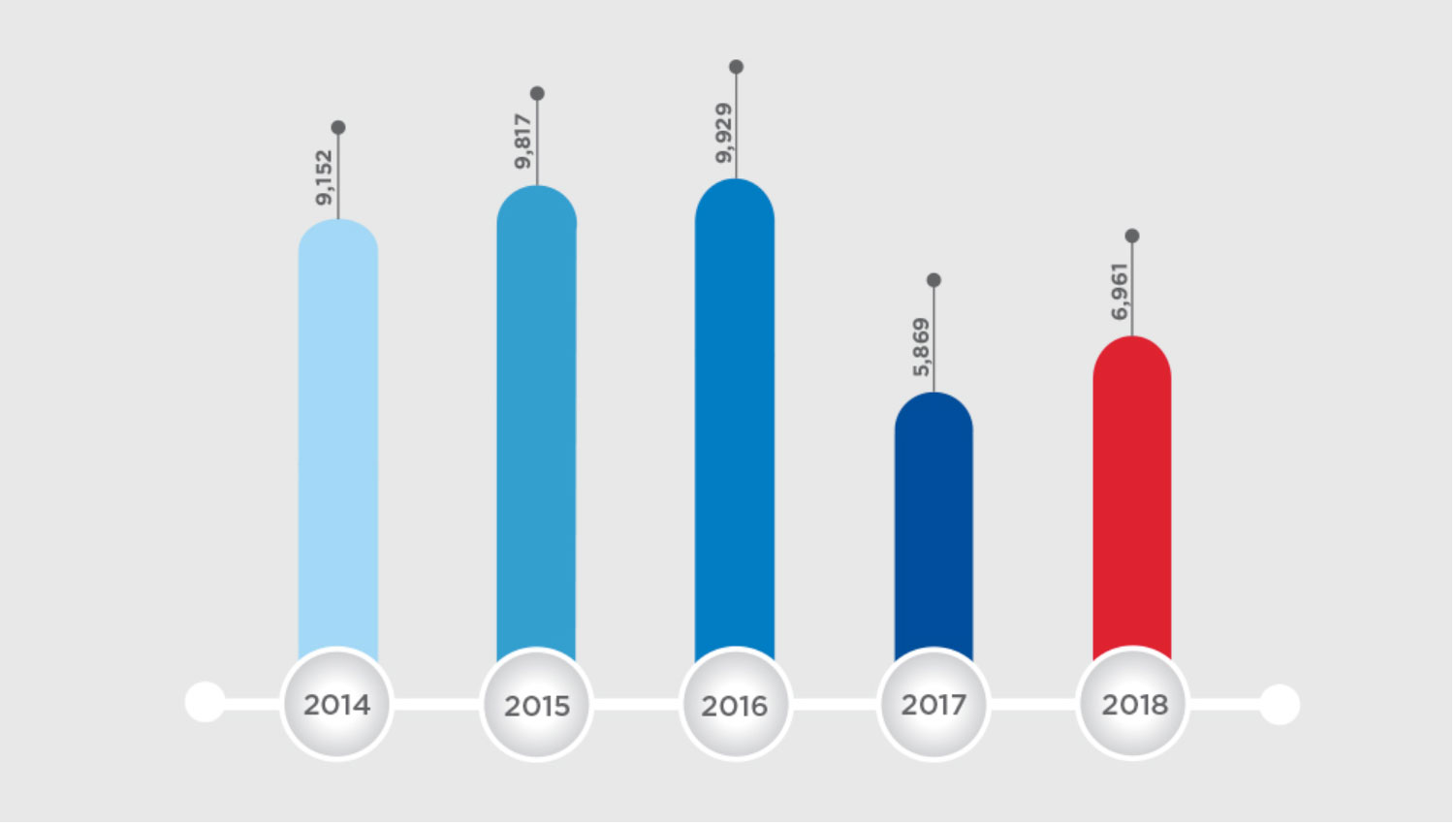 This graph plots the number of sales in July over the past 5 years. For 2018, sales have stabilized, but they are still not at levels that are consistent with the size of our market.  Source: Toronto Real Estate Board 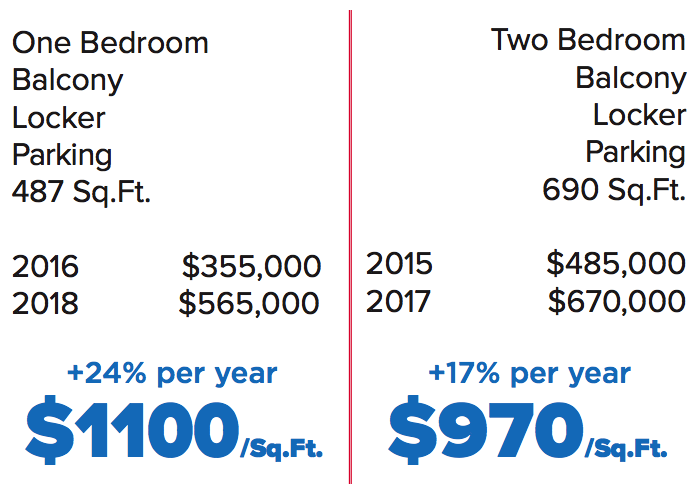 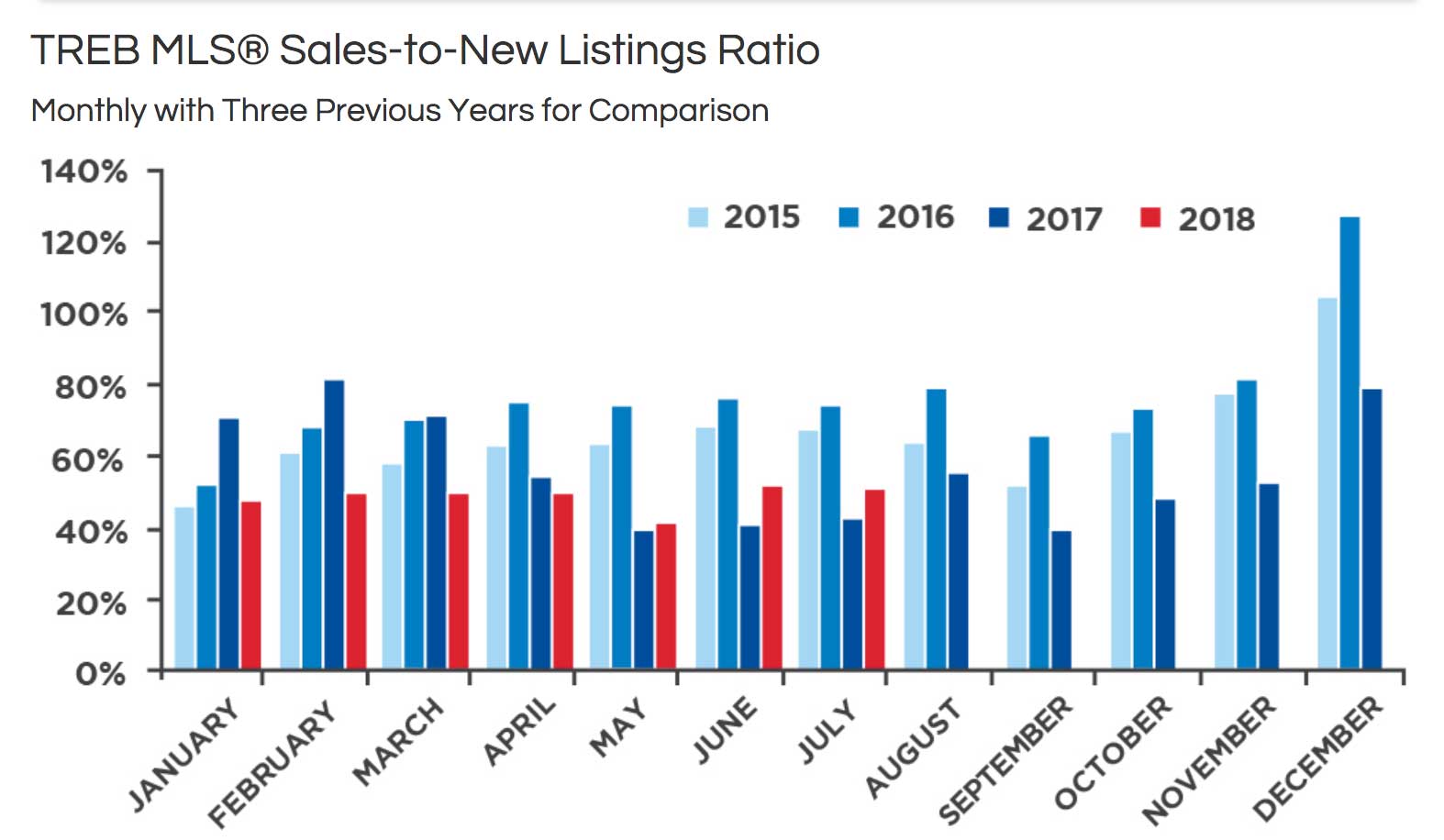 This chart plots the monthly MLS® sales-to-new listings ratio (SNLR) for the current year and the previous three years. The recurring seasonal trend can be examined along with comparisons to previous years for each month. Source:The Toronto Real Estate Board